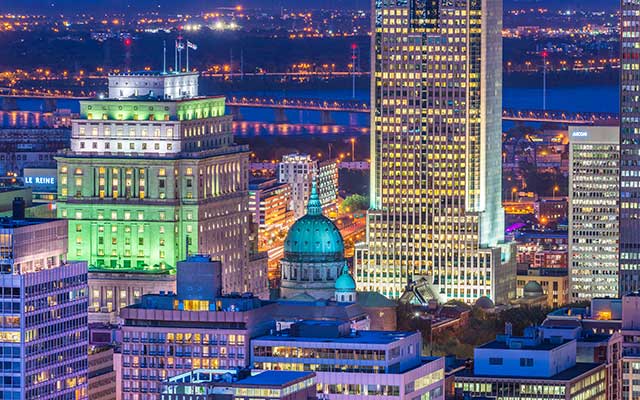 Here is the content of that interview. The original article can be found here.

Beattie and partner Jacques Lacroix have been trying for 10 years to build their business and are still far from their goal of $200 million in assets. They encounter a lot of suspicion and negativity about hedge funds in the investing public.

“We find there is a tremendous amount of confusion and misinformation regarding alternative asset strategies, particularly hedge funds,” Beattie said in a recent interview.

The common perception is that such funds are too risky but what’s surprising, he says, is how people fail to appreciate the greater risk of holding only long positions in stocks.

The 15-per-cent decline in Canadian equities since the market peak in 2014 is a testament to the fact that a one-way bet on stocks can easily turn against you.

Hedge funds, as their name implies, are designed to o set that risk by, for example, holding some short positions in equities and currencies that have been identified as overvalued and likely to drop in price.

The hedge fund industry has been going through tougher times lately with a wave of fund closures worldwide, according to a recent issue of The Economist magazine. There were more than 9,000 such funds managing close to US$3 trillion at the end of 2015.

A big reason Canadians haven’t embraced hedge funds, Beattie says, is that “the banks don’t do it. The banks rule the capital markets in Canada  and they don’t have a single hedged product anywhere.”

While the public’s perception may be that such funds are too volatile, the risks can be limited by avoiding leverage and putting stops on losses when a short investment goes the wrong way, he says.

They are not for everyone, to be sure. Beattie’s fund is restricted to accredited investors — high net worth individuals making a minimum investment of $25,000 or more. Clients pay a 2 per cent management fee on assets as well as a performance fee of 20 per cent of profits once returns exceed five per cent a year.

A former investment banker at Merrill Lynch Canada who has also worked in the telecom industry, he believes it’s the kind of product that’s needed in Canada.

“Guys like us add liquidity and e ciency. Our biggest problem in Canada is that our market is tremendously ine cient,” with many equities that are mispriced. “A lot of stocks are ridiculously undervalued and a lot of them are ridiculously overvalued.”

BT Global invests mostly in Canadian equities but only those with exposure to international opportunities. It’s value-oriented, meaning that managers look for undervalued plays on the rise and overvalued ones on the way down.

The fund also avoids the use of leverage, which can greatly compound risk, he says.

“We just think that running a hedge product long-and-short with value investing is a vastly superior way to make risk-adjusted returns. It’s superior to any long-only strategy.”

Beattie says investors need to ask some fundamental questions when choosing a hedge fund, including: whether the portfolio managers are investing their own capital; whether the fund is too large to manage e ciently (“anything over $500 million is unwieldy”); how much leverage is employed; what sectors the managers like; and whether performance beats the market benchmarks by an average 3 to 5 per cent per year net of fees for at least five years.

A well-diversified hedge fund could in the end be less risky than a simple investment in a Canadian index fund or Exchange Traded Fund that tracks the TSX, he says. That’s especially true when one considers that a large chunk of the S&P/TSX index is concentrated in the financial sector alone.

If you have any questions about investing in hedge funds or Montreal hedge funds overall, we invite you to contact us today. It will be our pleasure to answer your questions.

Paul Beattie on the MoneyTalks Podcast

Paul Beattie was recently interviewed on Money Talks with Michael Campbell about the the markets, federal reserve…