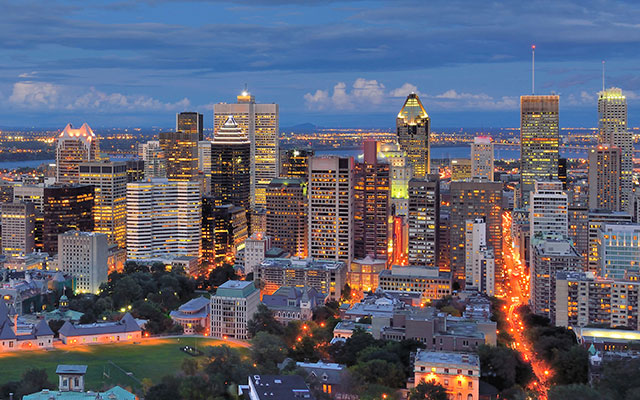 Canadian hedge funds overview. In 2015, Canadian hedge funds enjoyed a successful year, gaining 6.21% while the Canadian Composite S&P/TSX dropped 11.09%. As a comparison, the U.S. S&P gained less than 1% while U.S. Hedge Funds earned a composite average of only 0.04%. Though this seems like a compelling reason to switch to Canadian Hedge Funds, a closer examination is needed.

The current aggregate size of the Canadian hedge fund segment is comparatively small. However, interest in alternative investments is growing during this era of low interest rates and little-to-no gains in equity investments.

Many observers view Canadian hedge funds as attractive options since their smaller size allows them to be more nimble than larger, more cumbersome U.S.-based funds. Moves by those funds are always newsworthy which tends to create unnatural distortions.

The strong, diverse and conservative banking system of Canada, with its solid top-5 banks, indicates strong underpinnings for the economy. The political system is seen as more stable than the United States, Europe and many other countries of the world. And the Canadian economy has weathered the fluctuations of the petroleum industry sufficiently as other segments of the economy continue to develop.

Hedge funds are considered alternative investment options for an exclusive few. Designed to offset investment risk or “hedge” against losses from other investments, these vehicles typically diversify pooled funds into a wide range of alternative investments to take advantage of market opportunities as these develop. In other words, hedge fund managers, unlike with conventional mutual funds, are charged with the authority to capitalize on short-term opportunities.

As these are considered non-conventional and flexible investment vehicles, hedge fund managers employ a very non-traditional approach to investing. Many hedge funds allow for strategies that include short-selling, high-leverage, distressed properties and assets, high-risk bonds and derivatives not usually permitted with conventional funds.

Canada’s regulatory requirements for investing in hedge funds have become more defined. The intent of the regulations is to allow only those who can afford to lose large sums to participate. Regulations limit only Canadian investors that have a net worth over $1,000,000 and earnings of $250,000 per year.

Typically, minimum investments in hedge funds start at $150,000. In some provinces, British Columbia, Labrador, New Brunswick, Newfoundland and Nova Scotia, investors must sign a document that they acknowledge the extra risk of investing in hedge funds. A two-day grace period is included in this acknowledgement.

Hedge fund managers are not the traditional, conservative investment executives that can be found at the larger mutual fund companies. New generation investment managers should have a proven record of understanding multiple competing investment opportunities and making mostly the right choices. In reality, successful hedge fund managers are not always betting against certain market segments, but are selecting segments that will succeed as others falter.

Since a hedge fund investment is usually not wholly or partially redeemable for at least a year, a new investor should carefully analyze the manager’s performance and develop a clear understanding of the fund’s driving strategies. Check out the manager’s reputation along with his performance before investing. We invite you to view our video about how to select a hedge fund manager.

Hedge funds, while they are difficult to assign to specific categories, tend to fall into one or more of the following groups:

Hedge funds are limited partnerships that lock in investors for a defined period. The hedge fund manager’s job is to earn the highest possible return, particularly since they are motivated by compensation based strictly upon those gains.

Typically hedge funds work on the “2 and 20 Rule”. The fund investors pay 2% per year for the expenses for running the fund, whether or not there are any gains. For compensation, the hedge fund manager earns 20% of all gains in a given year while the 80% is divided among the investors. Thus, if an individual’s share of earnings happens to equal $1 million, the hedge fund manager gets $200,000 and you keep the rest.

During those years when the hedge fund loses, the fund manager earns no commissions. Successive losing years is the frequent reason for the dissolution of many hedge funds.

According to the Scotiabank Hedge Fund Index, April 2016,

Canadian hedge funds have performed positively in every year since 2005 except in 2008, 2011, 2012. The Index includes all Canada-managed funds with AUM (assets under management) above C$15 million and 12 months of continuous operations in each year. The weighted-average return per year equals 7.74% with 22% or so that would have been paid out in commissions and expenses. This performance would result in an average net return of 6.19% per year.

From 2011 through 2015, the weighted-average returns were relatively low but stable, though several funds fared slightly better.

As a long-term investment, Canada hedge funds have done well. According to the Bullwealth Canadian Hedge Fund Index, a C$1,000 investment in January 2003 would be worth approximately C$3,100 today.

We hope you found this article on Canadian hedge funds overview valuable. If you have any questions about Montreal Hedge Funds of Canadian Hedge Funds, we invite you to contact us today. It will be our pleasure to answer your questions.

Funds of Hedge Funds in Canada

How to manage volatility in a Hedge Fund?

In the following video Paul Beattie, partner at BT Global Growth, discusses how to manage…

Canadian IPO – Primer on the Canadian Private to Public Market